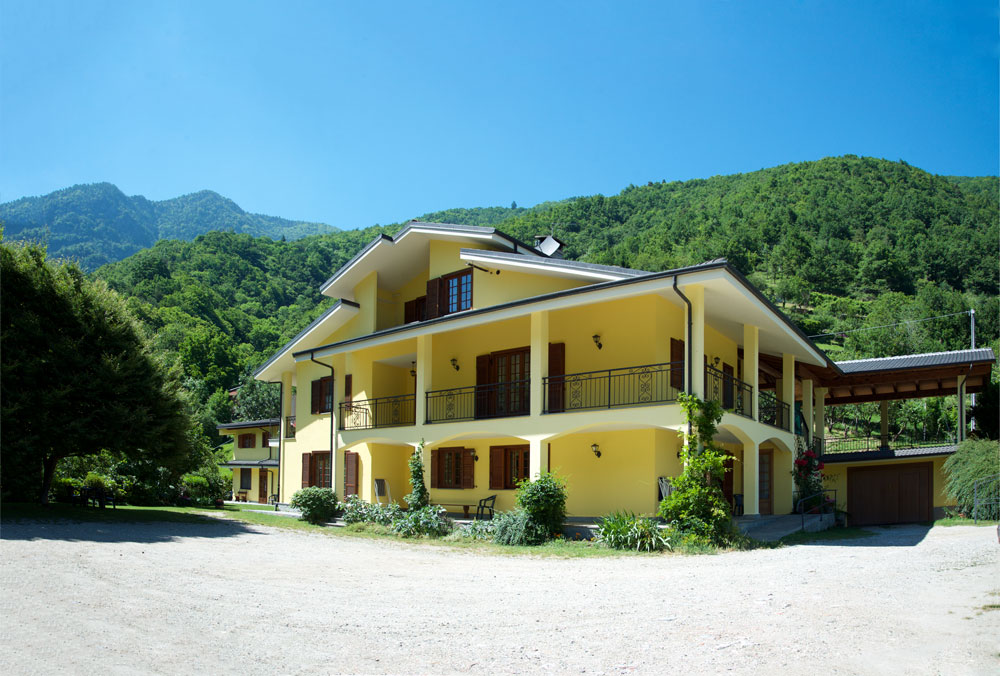 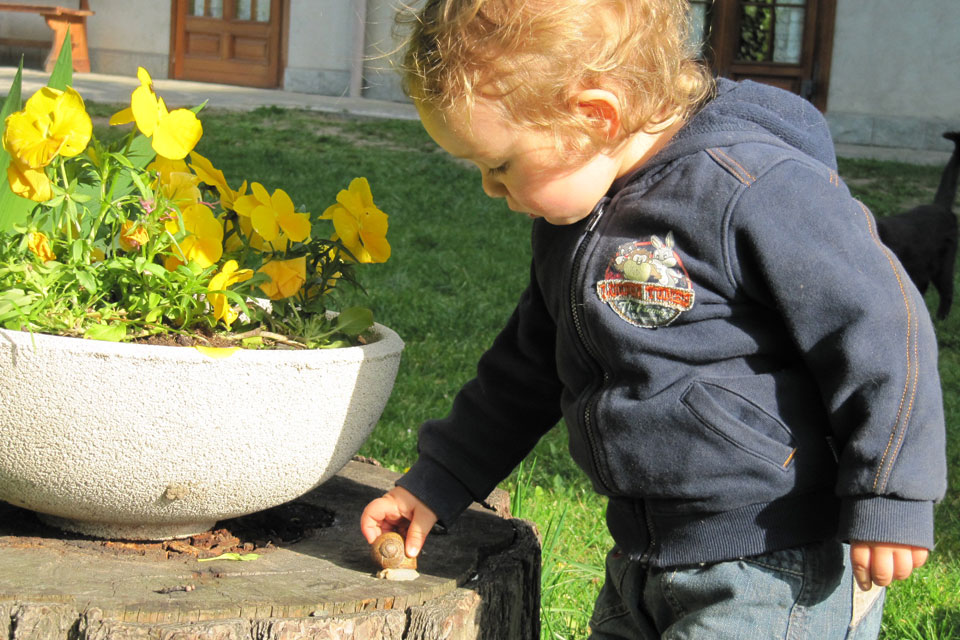 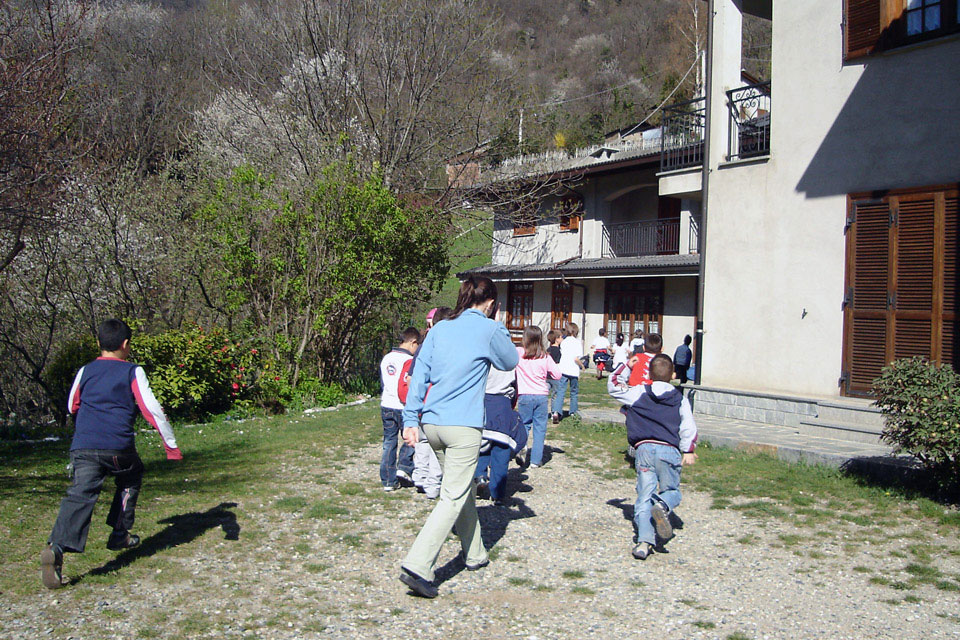 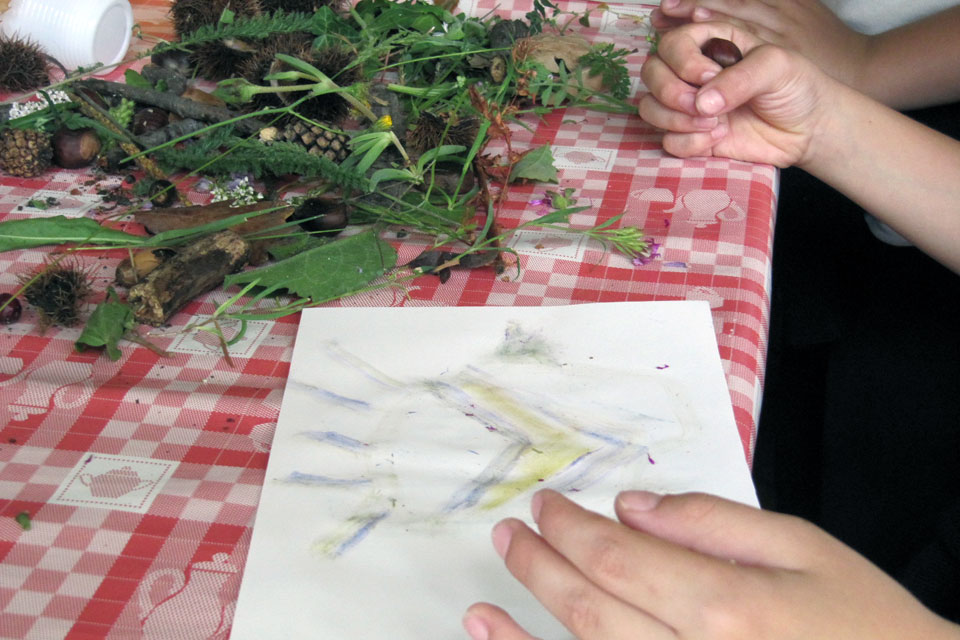 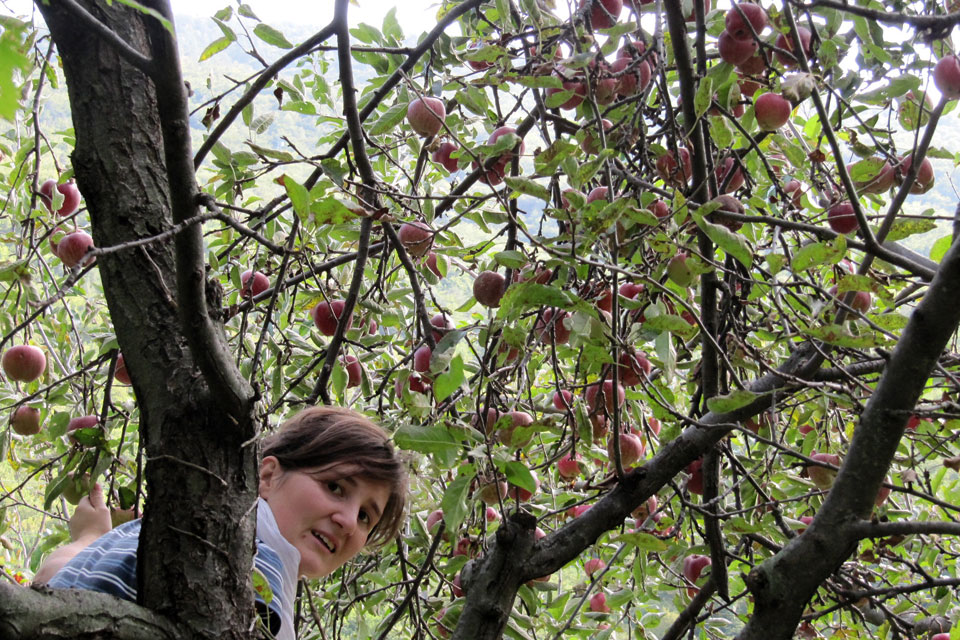 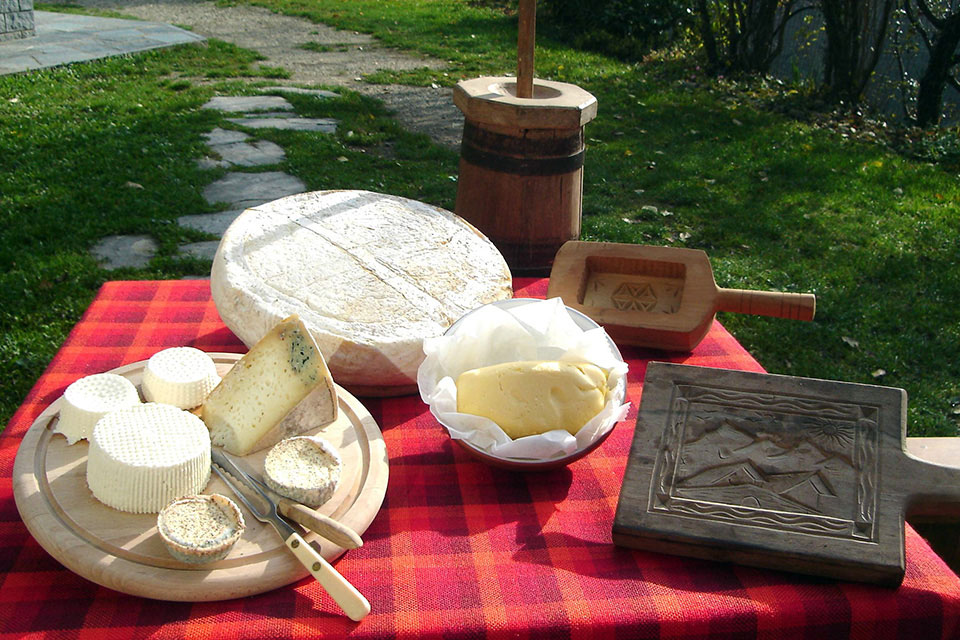 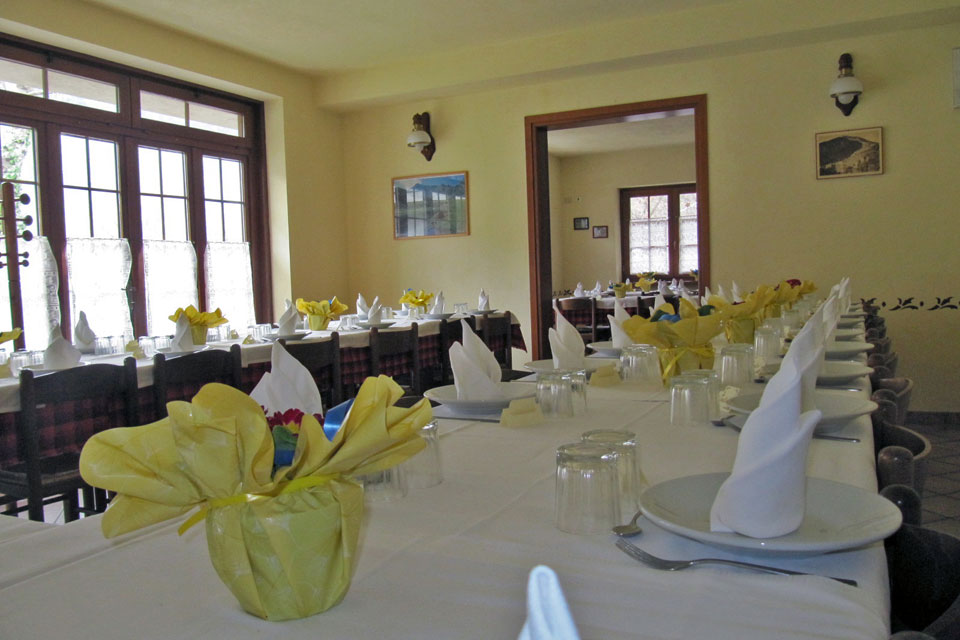 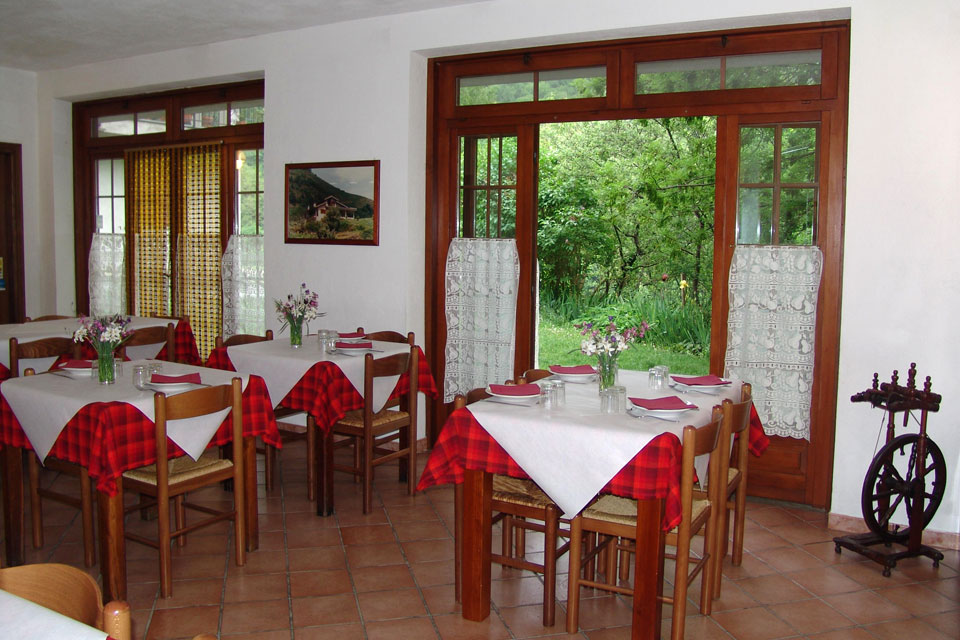 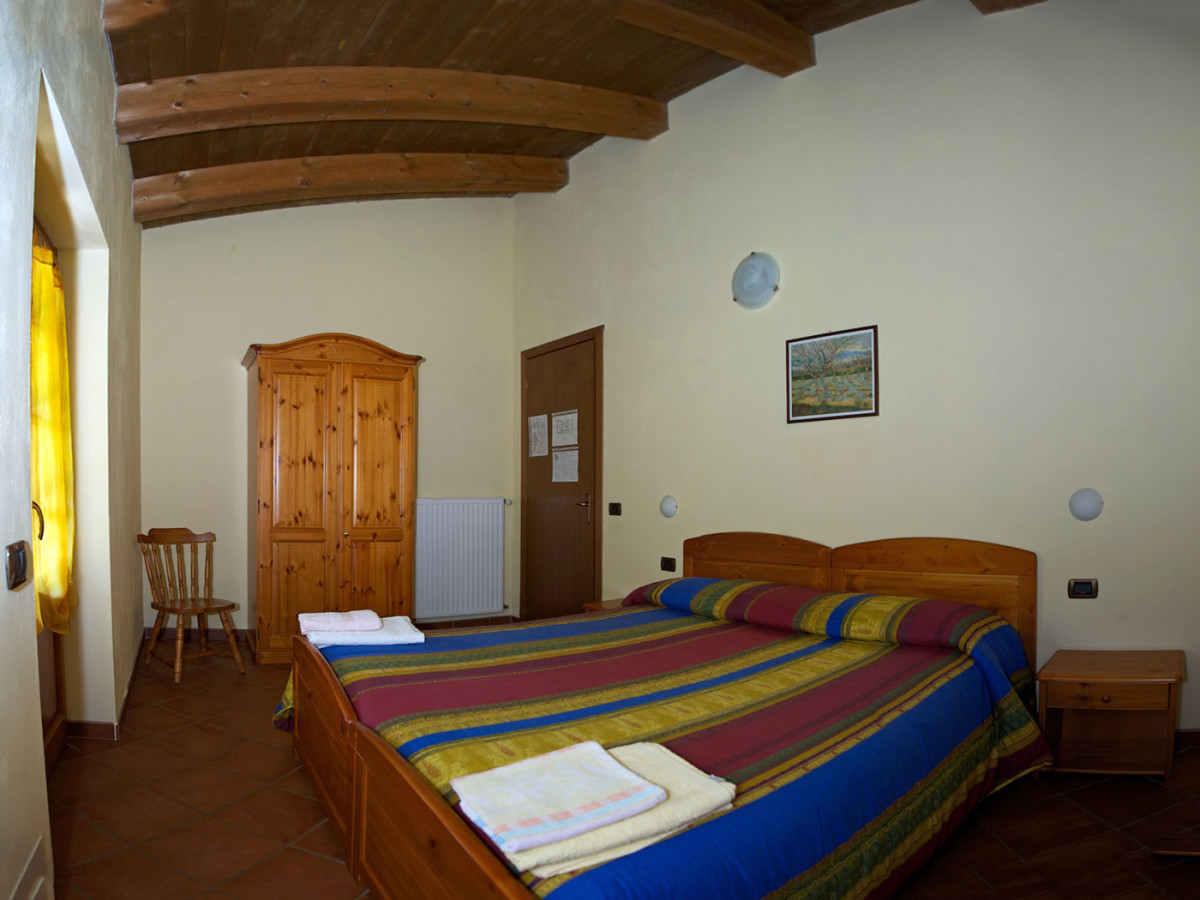 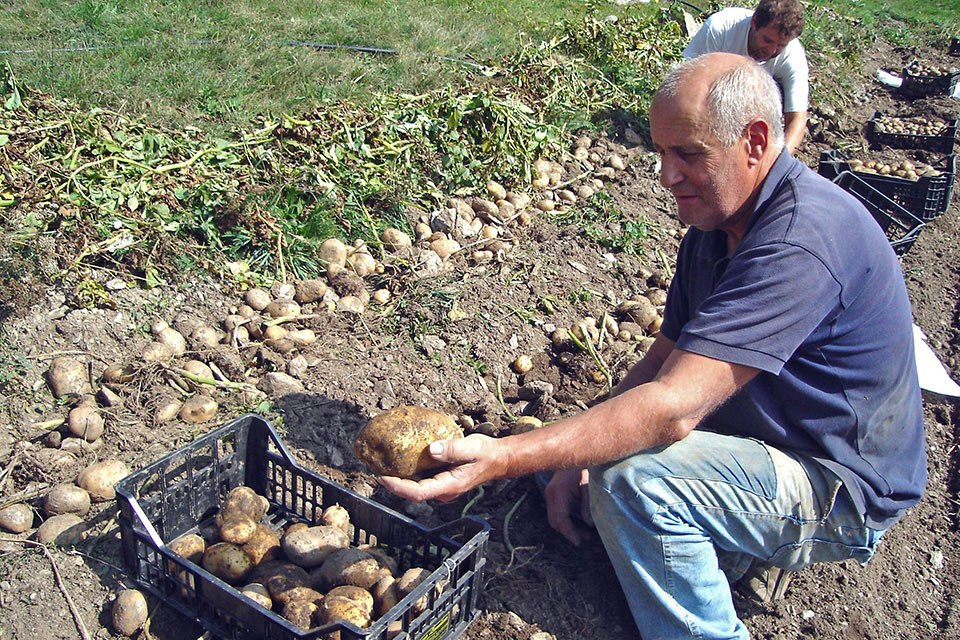 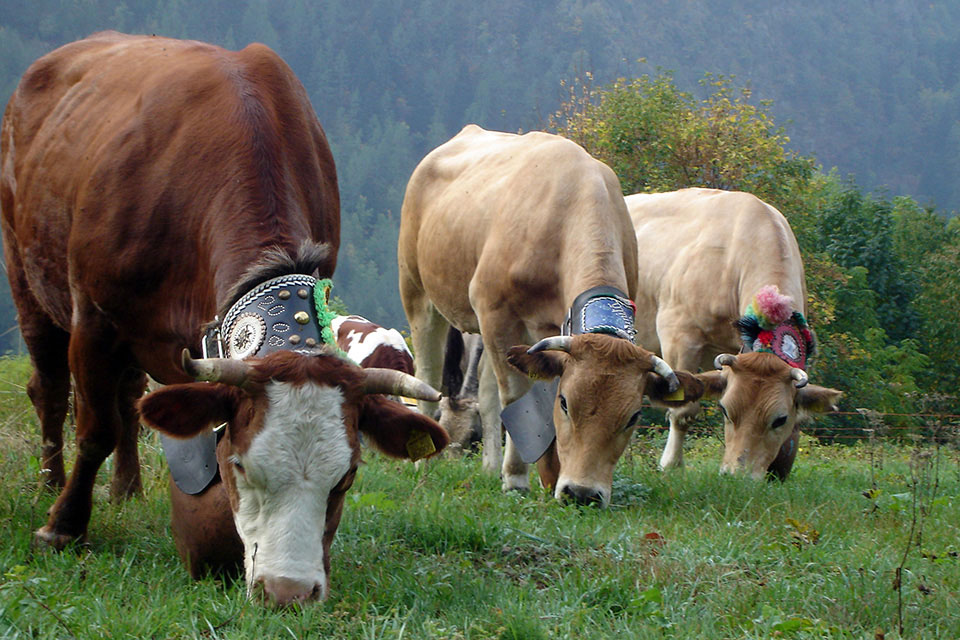 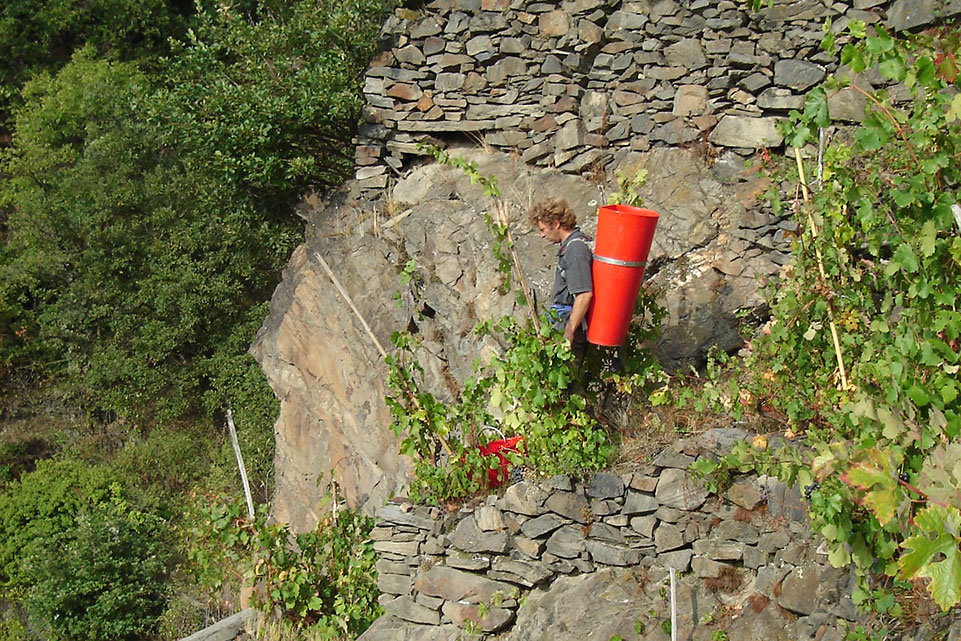 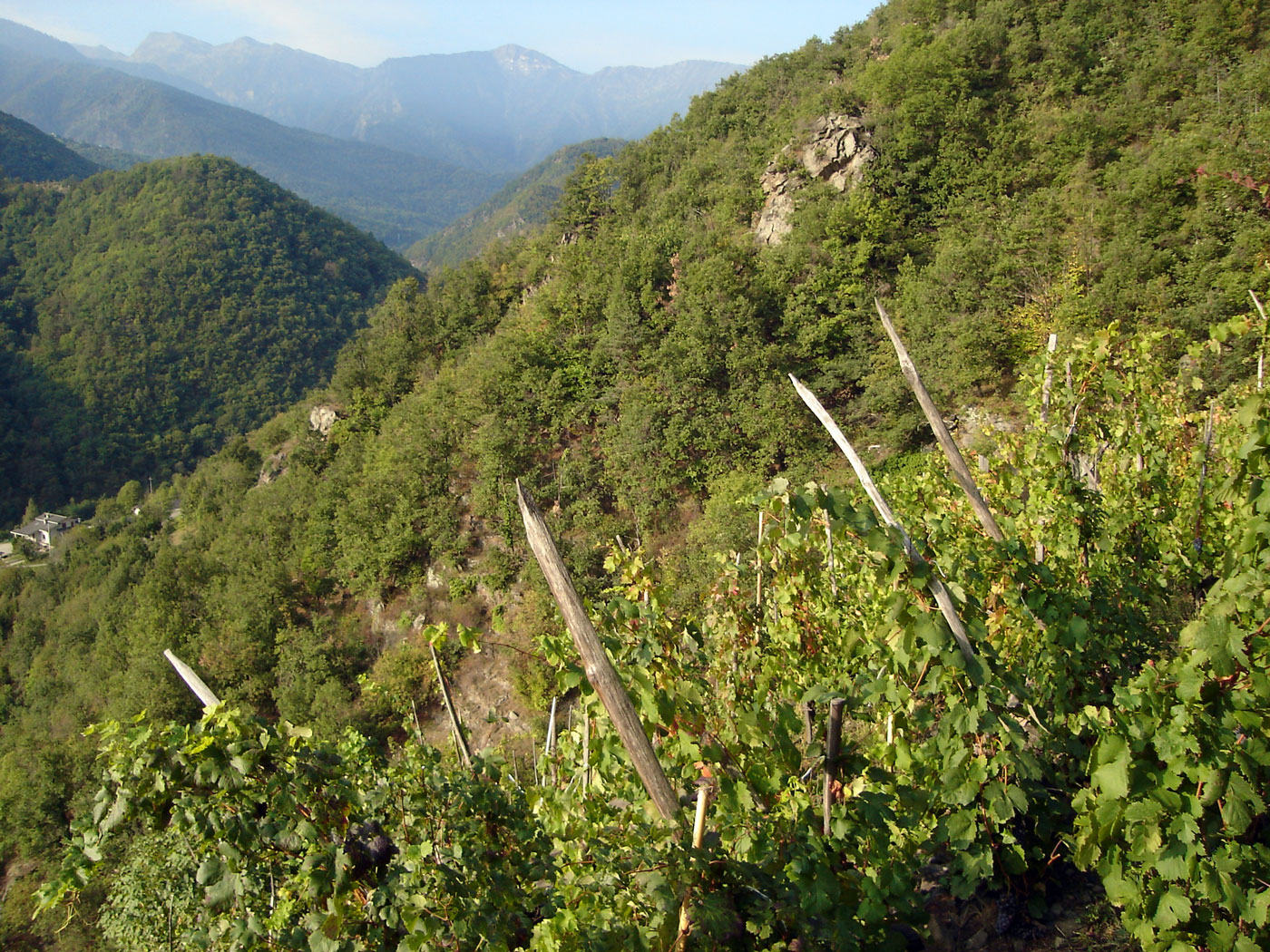 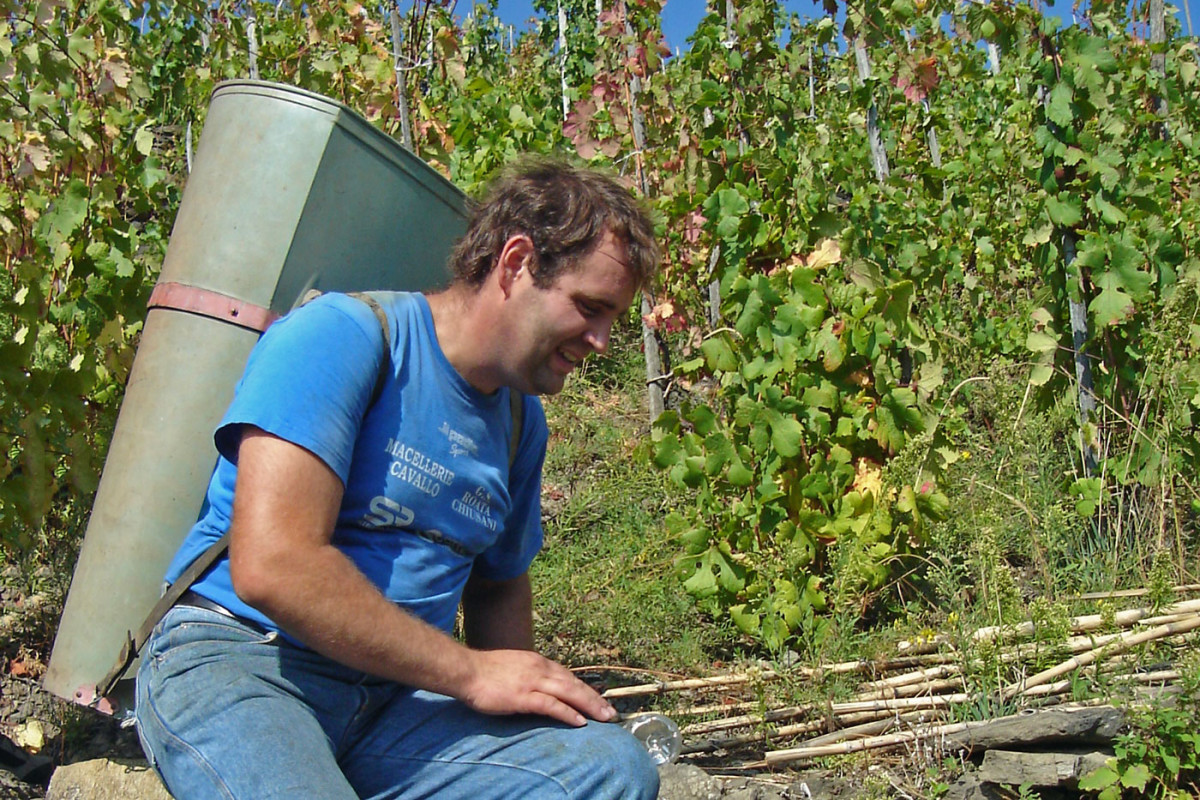 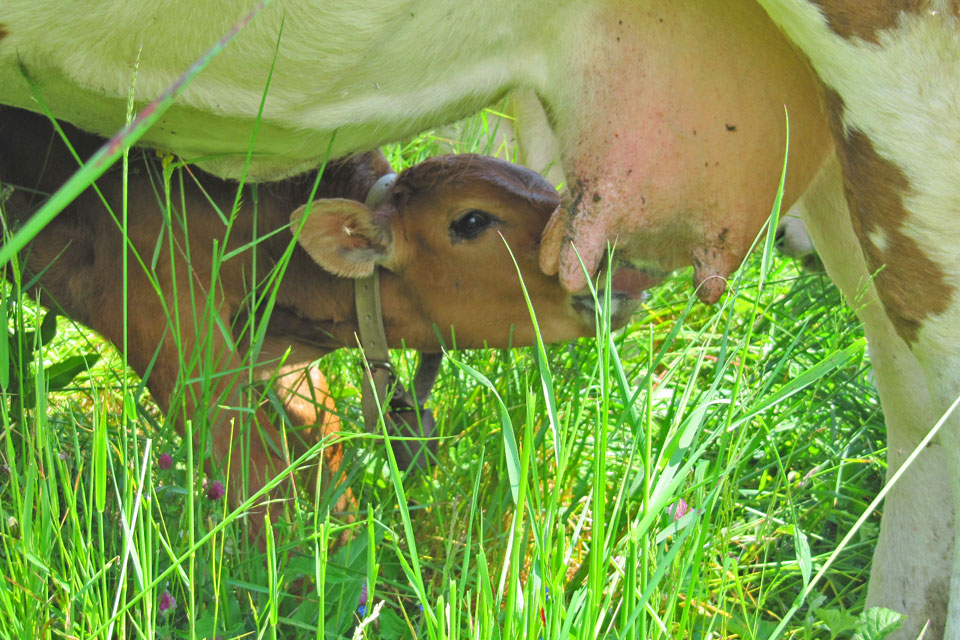 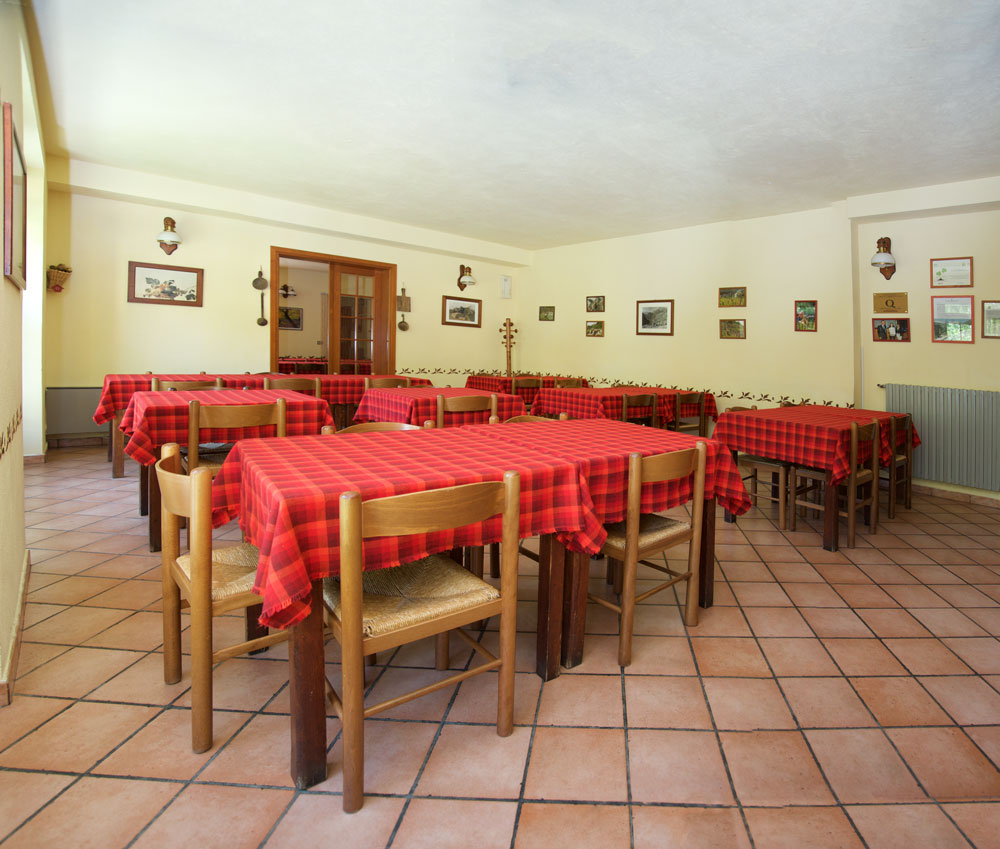 The typical wine from the area of Pinerolo, the Ramìe d.o.c. is a classic example of a mountain wine, whose growing area is strictly limited to the villages Pomaretto and Perosa Argentina.
Said wine is named after the area called “lì Ramìe” which in the local dialect means “stack of wood”. Such name dates back to the Middle Ages, when the villagers began with the deforestation of the zone in order to plant vineyards. For that reason they also built terraces (so called “bari”) and dry-stone walls which are still characterizing the landscape as well as the morphology of the surrounding area. 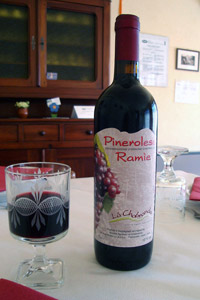 At present the strict rules and regulations relevant to wine producing set forth that the wine has to be a mixture of grapes grown in the local vines Avanà (30%), Avarengo (minimum 15%), Neretto (minimum 20%) and other non-aromatic black grapes. Such rules and regulations have been settled further to the awarding of the registered designation of origin with the name “Pinerolese” in 1996. The Ramìe is a full-bodied ruby red wine, with a myriad of berry aromas; it is spicy and intense, velvety and elegant with 10% vol. minimum alcoholic content.

In 2009 our business became member of the nonprofit association Strada Reale dei Vini Torinesi, whose aim is to develop farming and touristic entrepreneurial activities. It also promotes synergies among administrative agencies and businesses and it defines touristic routes encompassing the architectural masterpieces as well as the most breathtaking landscapes in the province of Turin, with the utmost care for the Savoy estates.

This website uses cookies to improve your experience while you navigate through the website. Out of these, the cookies that are categorized as necessary are stored on your browser as they are essential for the working of basic functionalities of the website. We also use third-party cookies that help us analyze and understand how you use this website. These cookies will be stored in your browser only with your consent. You also have the option to opt-out of these cookies. But opting out of some of these cookies may affect your browsing experience.
Necessary Always Enabled

Any cookies that may not be particularly necessary for the website to function and is used specifically to collect user personal data via analytics, ads, other embedded contents are termed as non-necessary cookies. It is mandatory to procure user consent prior to running these cookies on your website.